Many of us have spent a lot of time working to become more confident, compelling speakers. Yet, it is very natural to slip back into old habits. New research from my colleagues at Stanford Graduate School of Business Jennifer Aaker and Sui-Chi Huang discusses how framing efforts like becoming a better speaker as a journey rather than a destination proves beneficial. Enjoy reading about their helpful research! 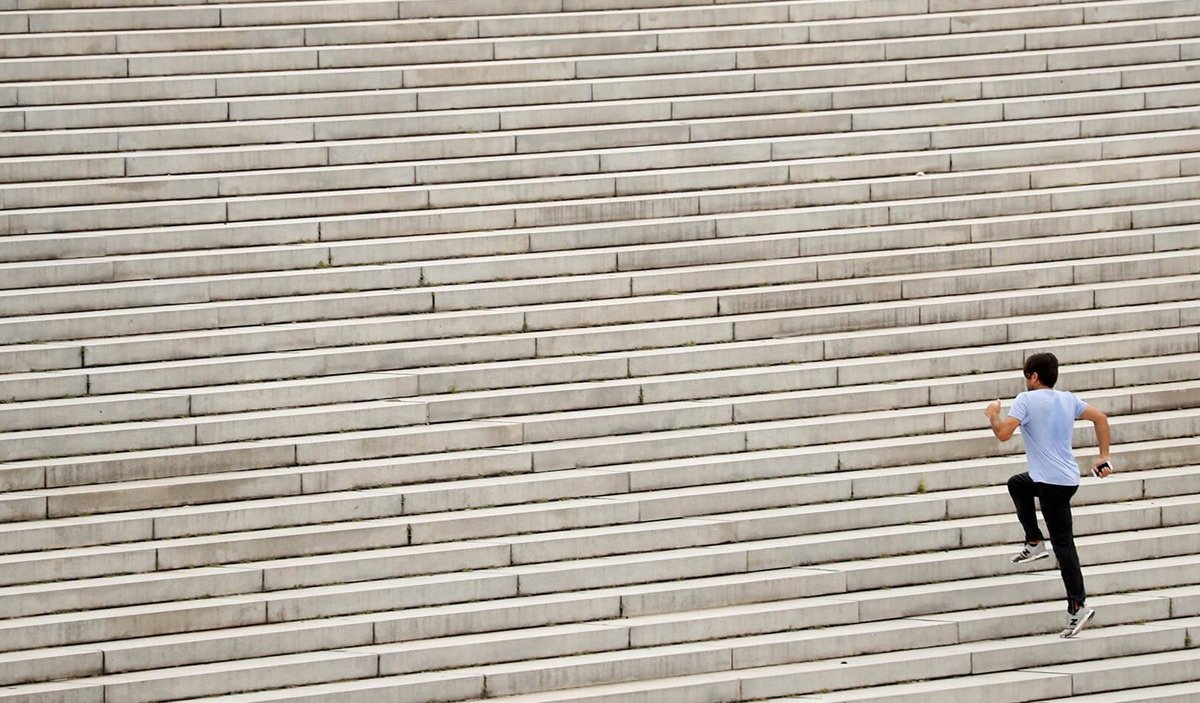 To sustain the behaviors that helped you reach a goal, think about the achievement as a journey rather than a destination.

After we’ve worked hard to meet a goal — whether it’s losing 20 pounds through a fitness and diet regimen or upping our game at work to meet ambitious sales targets — there’s an innate human tendency to pat ourselves on the back and then slack off on the behavioral changes that led to our success.

Sometimes, this urge to ease up on effort can be a positive thing, argues Szu-chi Huang, an associate professor of marketing at Stanford Graduate School of Business, whose research focuses on motivation. “It potentially is functional,” she says, “because a lot of the time, disengagement from an achieved goal helps you to focus on other goals.”

However, for endeavors where the real challenge is not only achieving results, but also sustaining them in the future, slacking is detrimental. “For weight control, relaxing the effort is completely dysfunctional, because people gain the weight back,” Huang says. “When they forget what they learned, it’s as if their success didn’t even happen.”

That led Huang and her coauthor, Jennifer Aaker, the General Atlantic Professor at Stanford GSB, to ponder what would help people to retain the lessons they learned while achieving a goal and to continue to put those lessons to use moving forward.

“This question is critical because it helps us to redefine success — by moving us from focusing on the short-run win associated with attaining a goal to the longer-term benefits associated with continued improvement after the goal has been achieved,” says Aaker.

As it turns out, the secret to maintaining hard-earned achievements may be to change how we think about them, Huang and Aaker explain. Instead of focusing only on the goal that’s been attained, we should reflect on the steps it took to achieve it — and to think metaphorically about the entire effort as a journey rather than a destination reached.

In a new paper published in the Journal of Personality and Social Psychology, Huang and Aaker put their hypothesis around the “journey mindset” to the test, by conducting six experiments involving more than 1,600 subjects participating in activities ranging from dieting and fitness to executive training courses. Across each study, they found that thinking of an achieved goal as a journey led to a greater likelihood of subjects continuing the behaviors that enabled them to attain their goal.

In one study, adults who recently had reached a significant fitness goal were asked to describe their experience of attaining it. Some were asked to reflect on their achieved goal as a journey, while others were prompted to liken it to a destination, and a third group was given no reflection exercise. Later, the participants were asked to choose between access to a free online home fitness program or to a free comedy program. Those who had described their success as a journey were much more likely to pick the fitness program, which would help them maintain their health moving forward.

Similarly, subjects who were successful on a calorie-tracking diet program reported that they felt greater personal growth and were more likely to continue their diet regimen after being asked to reflect back on their goal success using a journey metaphor, as compared with those who were instructed to reflect on goal success as a destination or those who were not prompted with any metaphor.

The researchers also designed a 14-day walking program and had volunteers download a Pacer mobile app used to track steps taken to reach their walking goals. The participants stated their walking goal, tracked how far they walked, and then, after reaching their walking goal, were given the opportunity to continue tracking their steps for three more days. The exercisers who were guided to think about completing the program as a journey walked close to 5,500 more steps during the three additional days than did those using a destination metaphor. That’s a 55% increase in steps.

In a final study, the researchers recruited a group of business executives who successfully completed a Stanford Seed executive education program in Ghana. The graduates went through a 30-minute exit interview in which they were guided by the interviewer to contemplate and discuss the learning experience using either the journey metaphor, the destination metaphor, or no metaphor at all. Six months later, the executives answered a follow-up survey involving specific operational practices they had put in place after graduating. Those who had been guided to think of the program as a journey were more likely to report that they had put their learning into practice — such as adopting accounting practices preferred by top-tier investors or improving supply chains to help their companies scale.

“Adopting the journey mindset helped them apply what they had learned in the program, increasing the likelihood of putting their learning to work and facilitating longer-term success,” Aaker explains. “This finding is important particularly because implementation is often challenging.”

The findings suggest that the journey metaphor helped people think more about the actions they took during the journey — where they started and the ups and downs along the way, which leads to a feeling of personal growth and learning from both the wins and the losses. “In contrast,” Huang says, “the destination metaphor did not build such connections, and focused people instead on the present success and value of achievement.”

As Aaker puts it, “Seeing the change you’ve made in the past fuels positive behaviors moving forward.”

But this doesn’t mean that the destination mindset is without value — it can be beneficial during the actual pursuit of a goal. “When you’re working through something, thinking about destination can help you sharpen focus and work harder,” Huang explains. “But after you accomplish the goal and feel successful, you need to shift mindsets and take a moment to think about what you’ve learned along the journey.”

Envisioning success as a journey might seem like an intuitive concept, but it doesn’t come naturally, the researchers explain. “When not prompted, people tend to think about their success as a destination reached, which leads to disengagement and relaxation,” Huang says. That means the switch to journey-style thinking may require a deliberate process, involving techniques that involve reflection and growth mindset.

Learning from Wins and Losses

“One way to achieve that is going through a reflection or post-mortem activity after one has achieved a goal, such as completing a corporate training course,” Huang suggests.

“But it can even be done on an annual, weekly, or daily basis,” Aaker adds. “Reflect back on the last year — what were the wins or high points, what were the losses or setbacks, and what did you learn from each? Look at how professional athletes improve by watching playbacks, learning from both their high points and mistakes so they can be more effective moving forward. Similarly, it can be beneficial for us to take notes, photos, or clips marking milestones on the path toward a goal, so we can more easily look back once the goal is achieved.”

But even if you don’t have a current success to reflect upon, Huang says you can use the journey metaphor to get more value from your past experiences. “Close your eyes and think about the last success you had, something you’re really happy about or proud of, something you hope would reoccur,” she says. “Start thinking through what you did right and wrong, what you learned, and where you are today. By bringing it back to the front of your mind and rethinking the process, you may see a path to your next success.”

Aaker concludes: “These studies are important because they shed light on fundamental questions, like what is success and how do we achieve it? Most assume success is about what you’ve accomplished — the recognition, status, or money — and is associated with the fleeting feeling of happiness you experience once you achieve a goal or destination. However, another metric of success is based on the behaviors you sustain once you achieve the goal — the goal-supporting activities that enable you to maintain or even advance your accomplishments, allowing you to make progress in important domains of your life. In this light, a better metric of success is how much you feel you have grown, learned, and your ability to change your habits moving forward. And adopting a journey mindset helps foster that type of success.”